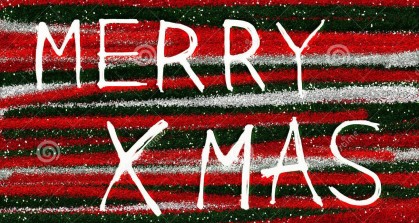 Many Christians get really uptight around Christmas whenever anyone uses the abbreviation “Xmas” instead of writing out, C-H-R-I-S-T-M-A-S. Often the response is, “I’m keeping CHRIST in CHRISTmas”! Though well meaning, this is said in ignorance (and many times arrogance). “Xmas” is NOT some sort of compromise to pressure making Christmas secular, in fact “Xmas” is as Christian as “Christmas”! All it takes is just five minutes of research on the subject, to discover the history behind the use of “Xmas” throughout Church History:

There’s no X in Christmas

“First of all, you have to understand that it is not the letter X that is put into Christmas. We see the English letter X there, but actually what it involves is the first letter of the Greek name for Christ. Christos is the New Testament Greek for Christ. The first letter of the Greek word Christos is transliterated into our alphabet as an X. That X has come through church history to be a shorthand symbol for the (actual) name of Christ.

There’s a long and sacred history of the use of X to symbolize the name of Christ, and from its origin, it has meant no disrespect.

X has a long and sacred history

The idea of X as an abbreviation for the name of Christ came into use in our culture with no intent to show any disrespect for Jesus. Similarly, the church has used the symbol of the fish historically because it is an acronym. Fish in Greek (ichthus) involved the use of the first letters for the Greek phrase “Jesus Christ, Son of God, Savior.” So the early Christians would take the first letter of those words and put those letters together to spell the Greek word for fish. That’s how the symbol of the fish became the universal symbol of Christendom. There’s a long and sacred history of the use of X to symbolize the name of Christ, and from its origin, it has meant no disrespect.” *

So, I guess it’s time to scrape every fish off the back of our cars (never was into the fish thing myself) if “Xmas” makes your blood boil at Christmas, or better yet, embrace the Prince of Peace this Christmas and become more like Him and learn how other Christians have celebrated and worshiped Him throughout history! That’s something that would make a difference not only in our lives, but in the lives of those around us too.